Two days ago we had an email from Joep Susken in Netherlands, he had an unusual request.  Could we send him some Dorset Flapjacks to a hotel in Wales?  It became clearer when he said that he is a Surf Lifesaver and that the The European Championships of Lifesaving  were about to take place at the Wales National Pool in Swansea and on Aberavon Beach.  We made his order for him and sent it off today. 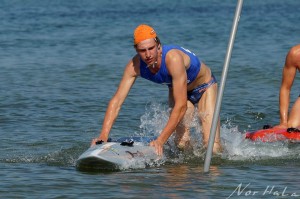 Joep tells me that lifesaving is a highly visual, multi-disciplined sport based on rescuing drowning people.  There are individual as well as a team events in the competition. The disciplines in the pool are mostly related to swimming and transporting the well known orange mannikin. In the sea they compete with paddle boards and surf skis.  Joep said “On such events Dorset Flapjacks are in their element.  Often we spent a whole day in the pool or at the beach with little time to eat properly. The Dorset Flapjacks are a tasteful source to get the high amount of energy to perform best.”

I  remember watching some Surf Lifesaving events in Australia and these guys really have to be fit and strong to be good at it.  Let’s hope that the Dorset Flapjacks give you the energy that you and your colleagues need to perform to your best. Good luck! 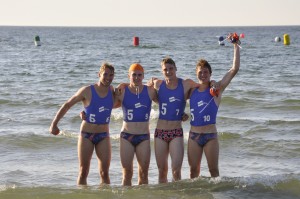 The Championships  will take place from 1st – 7th August 2015 in Swansea and Aberavon.  If you would like to find out more then go to http://www.lifesaving2015.co.uk/